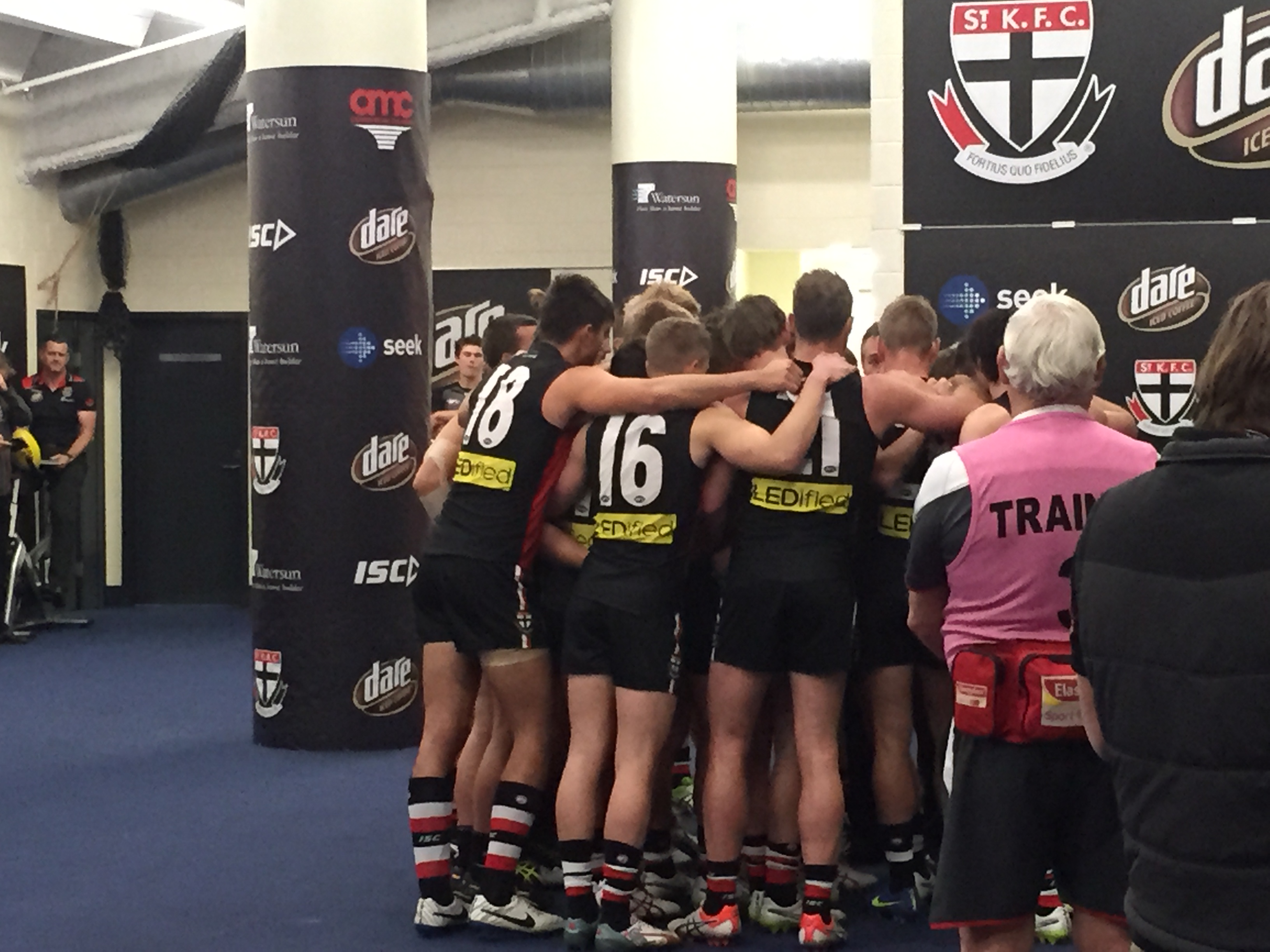 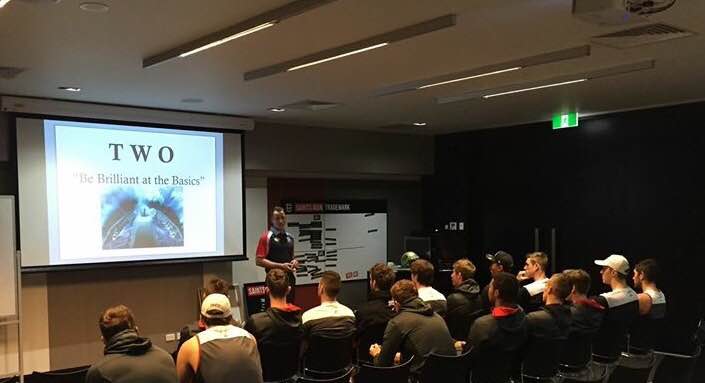 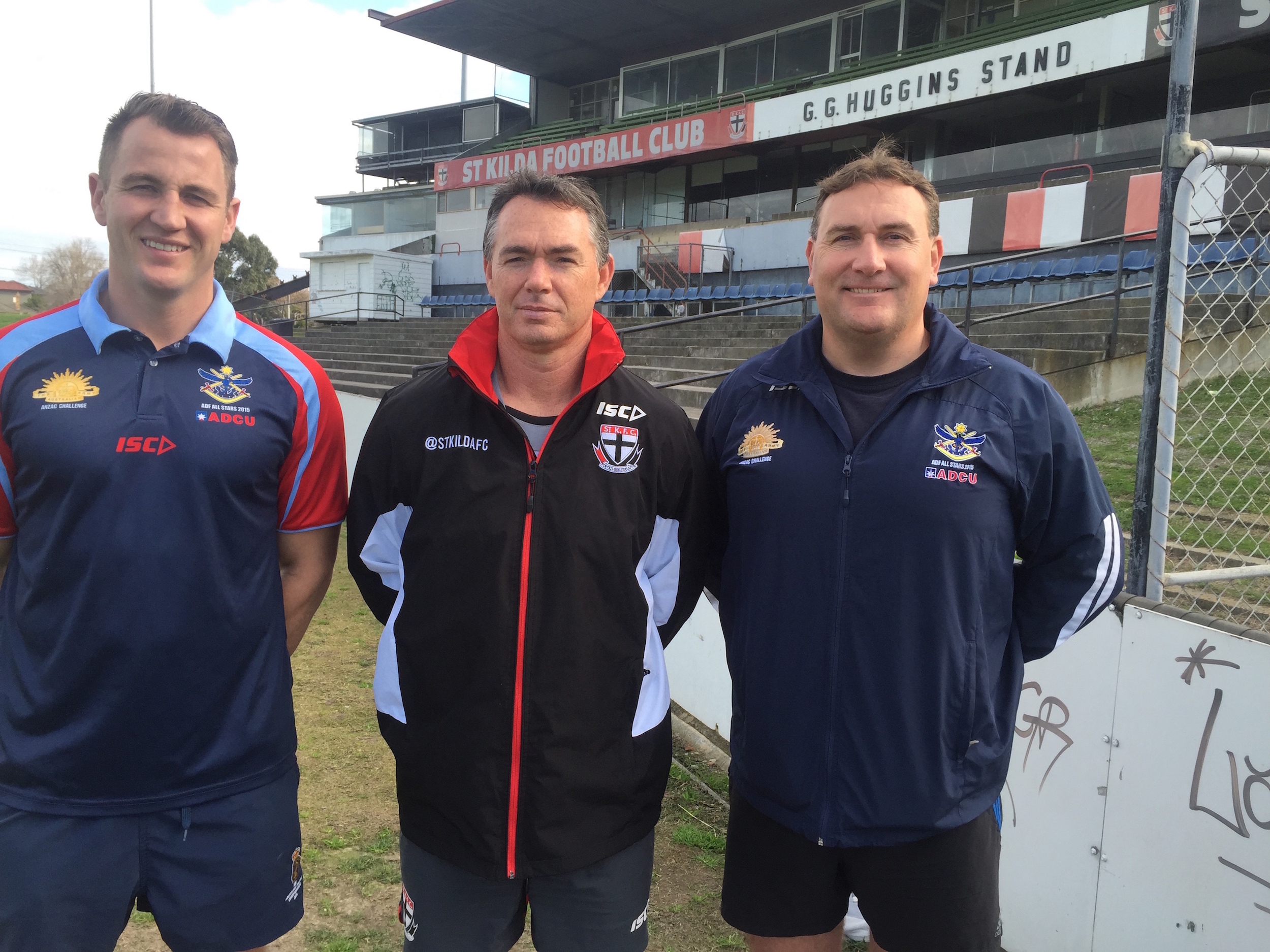 ADFAR national mens team coaches, WO2 Wayne Morley and LEUT Matt Cavedon, were invited by St Kilda football club for coaching development in June 2015 with their visit culminating in the AFL round 13 clash between St Kilda and the Western Bulldogs at Etihad Stadium in Melbourne.

The two coaches were given an unprecedented behind the scenes look at the inner workings of a professional sporting club and walked away very impressed with the St Kilda football program and the calibre of the passionate staff working tirelessly to make it all happen.

St Kilda have a very young group and there focus is on skill development and shaping young leaders. Similar to our performance in the ADF, St Kilda believe their future success is reliant on their ability to develop every young player into a ‘Saintsman’.

To become a ‘Saintsman’, the players need to ‘do the right thing’ be ‘tough’ and consistently display a ‘team first’ attitude. The players rate there own adherence to the ‘Saintsman’ values weekly and in a open and honest session the team as a whole scrutinise the individuals assessment and determine which players are truly worthy of being labelled a ‘Saintsman’.

Behind the scenes the coaches work intensely, breaking down each game and analysing every aspect by watching video with multiple camera angles. They continually search for the ‘why’, the ‘how’ and the areas of potential improvement. The ADF coaches learnt that fundamentally the game doesn’t change, but at the elite level everything is under immense scrutiny and there is little margin for error.

Everyone at St Kilda is striving for continual improvement and there is an emphasis on player ownership and accountability. In the words of Senior Coach Alan Richardson “coaches can’t be out their on the field, so its important that when coaching a concept or coaching a skill that our players have a real influence”.