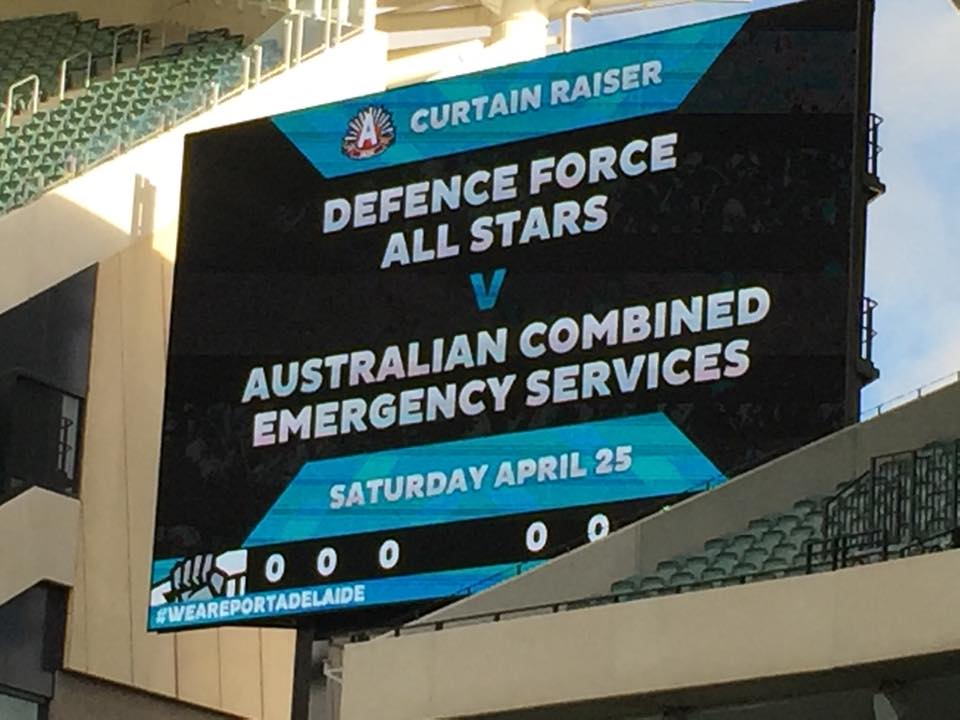 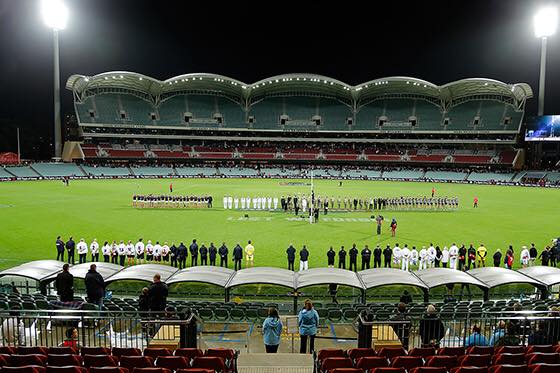 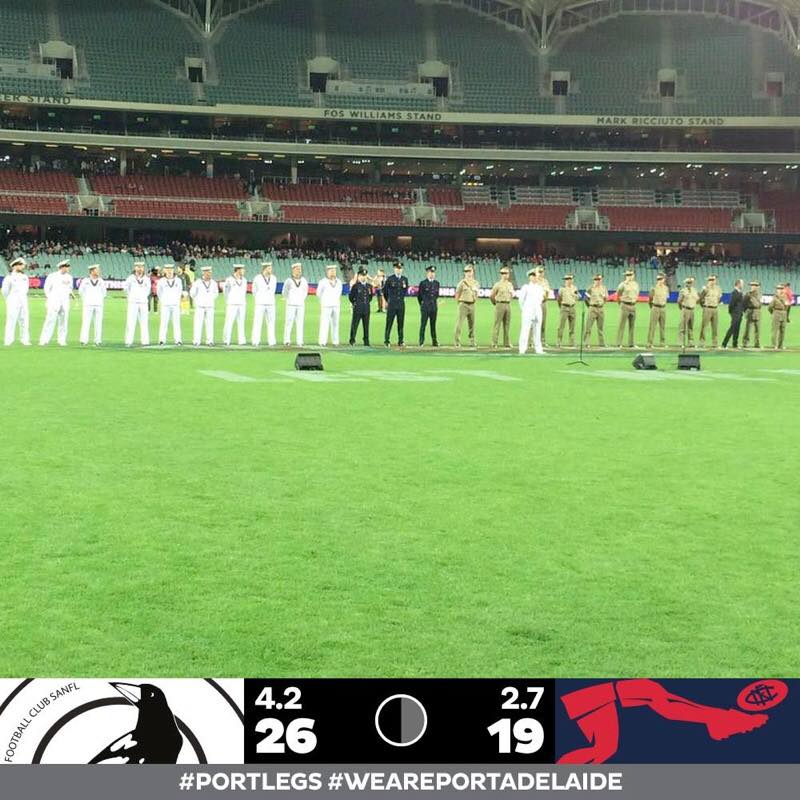 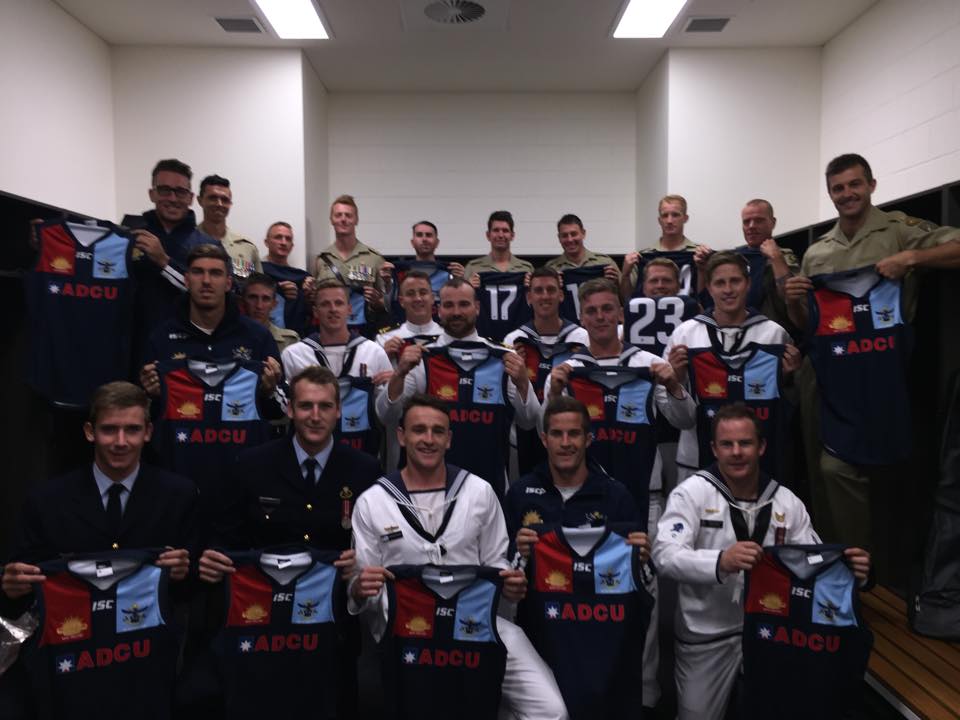 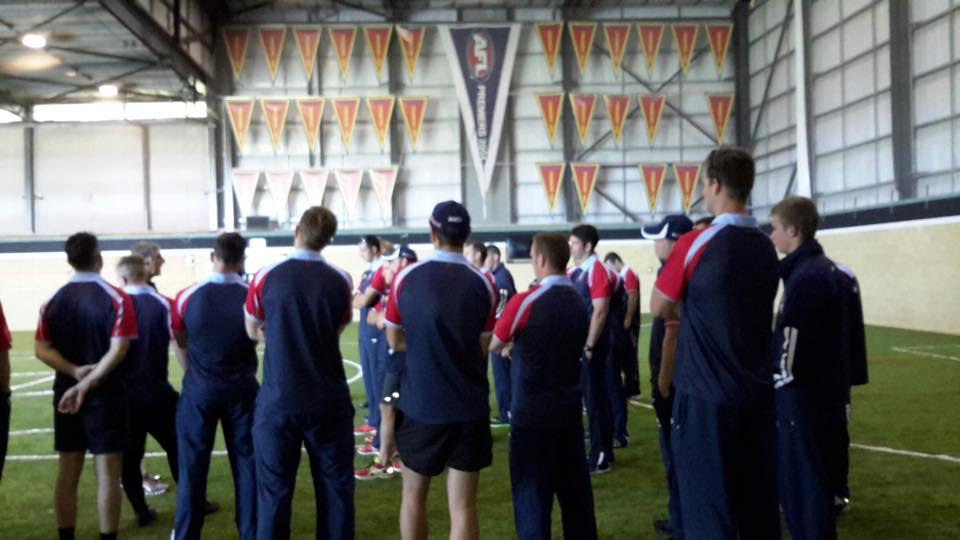 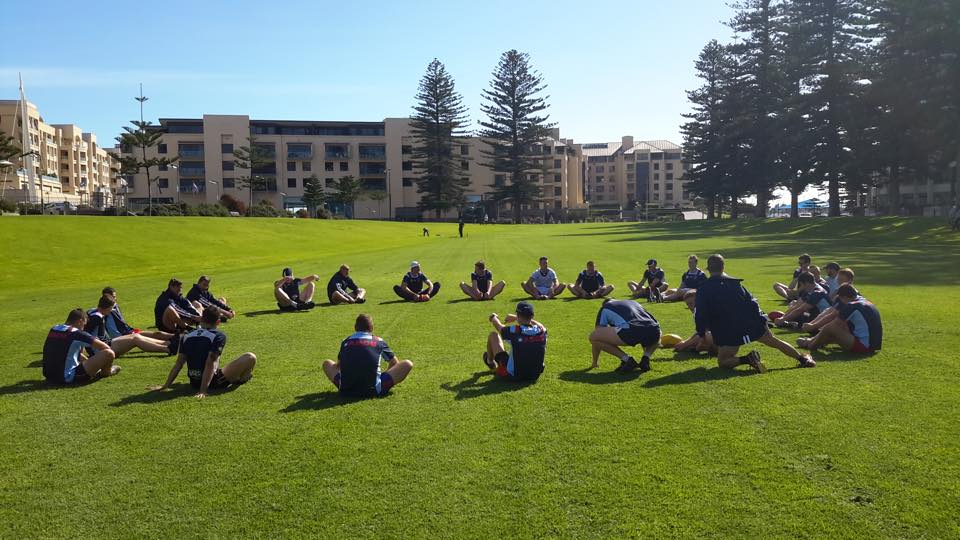 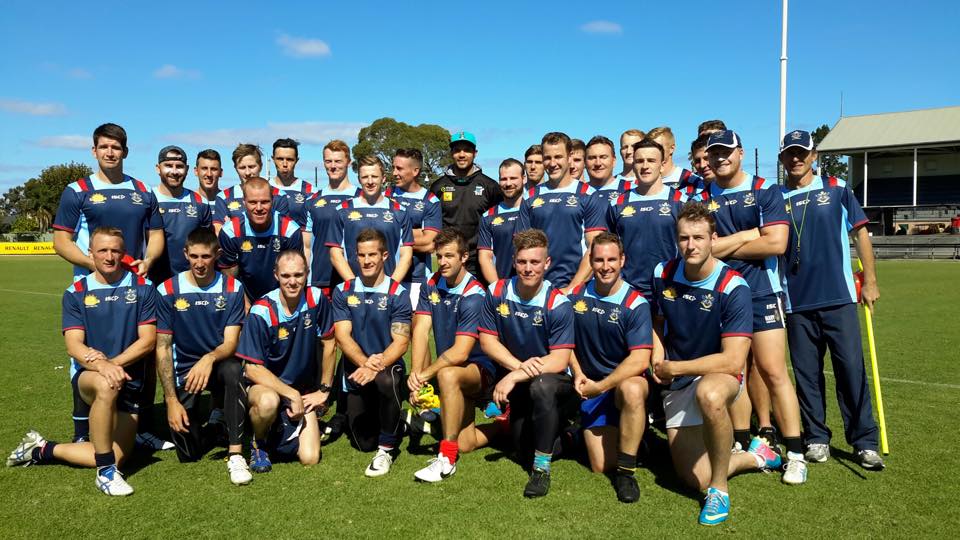 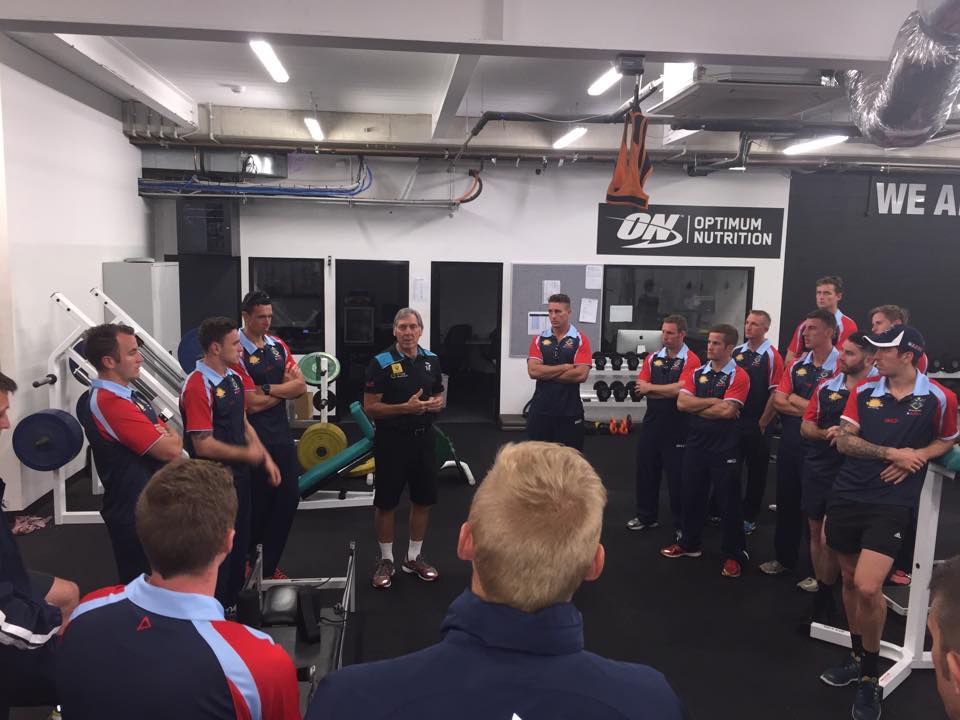 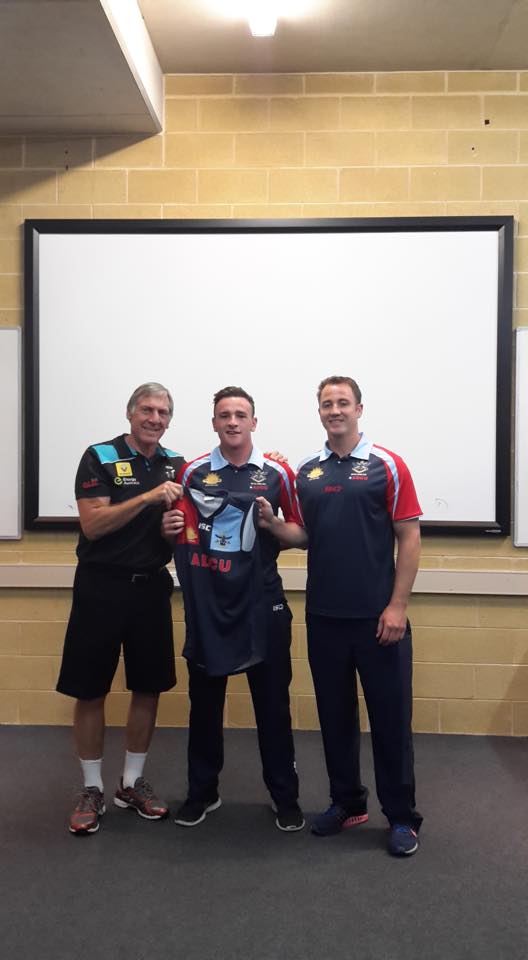 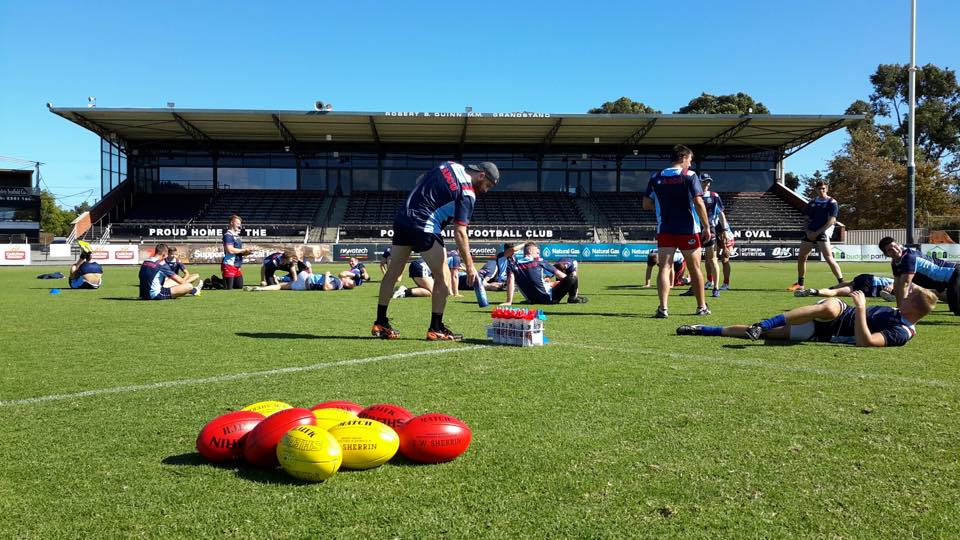 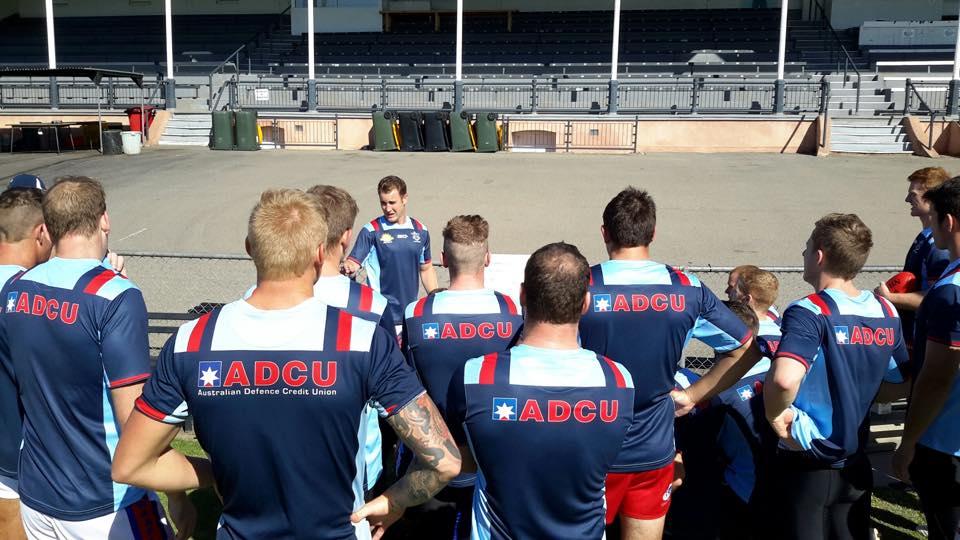 The best players of the Men’s ADCU National Carnival from Army, Navy and Air Force are selected to represent the ADF at the highest level. The ADF Men’s All Stars play the Australian Combined Emergency Services (Police, Ambulance, Fire Brigade) Men’s football team on ANZAC Day as a curtain raiser to an AFL fixture at Adelaide Oval.

2015 saw a fierce contest with the ADF backing up their victory in 2014 with a final minute win on the centenary of the Gallipoli landings. A real ANZAC spirit drove the boys to a well earned victory.